Equipment manufacturing has been thoroughly remold

Characteristics have been attached to regional development

The distribution of China's rubber pipe enterprises is wide and large, but relatively concentrated. With the continuous optimization of domestic enterprises, the market concentration becomes higher and higher, which forms the two characteristics of the concentration of enterprise advantages and the concentration of regional advantages. The high-pressure rubber hose production of country's top eight hose enterprises accounts for about 70% of the total national production. The output of conveyor belt products of top seven companies accounts for around 60% of the total national production output. And 35% of tenacity belt production concentrated in the four big brand scale enterprises which are recommended by China rubber industry association.
The hose and adhesive tape industry have also formed a number of local production, marketing and export concentration areas with respective characteristics and development potential. The areas have grasped the key opportunities to develop China's car industry, coal, metallurgy, oil industry rapidly. Focusing on building the first industry, the strongest and the most characteristic industry, the areas have been comprehensively promoting the qualities of rubber and plastic tubing, equipment level and innovation ability through attaching great importance in the cluster, technological upgrading, helping the leading enterprises, and building the bases, thus rapidly rise to the country's largest rubber tubing production and sales base. At present, there are more than 180 rubber hose enterprises, including 5 enterprises with sales revenue of more than 100 million yuan. The annual sales income of the 5 enterprises is nearly 5 billion yuan, and the annual output of steel wire and wire wrapping hose accounts for more than 30% of the national market. They have developed and produced the large diameter high-pressure oil hose, Marine oil hose, offshore oil drilling riser batch and other products which have filled the domestic blank of high-tech products. Dozens of their products have occupied the large industrial and mining, agricultural machinery, automobile and other manufacturing markets. 25 items have been authorized national patents, with 16 filled the domestic blank. 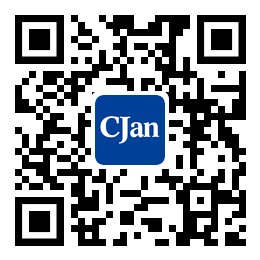